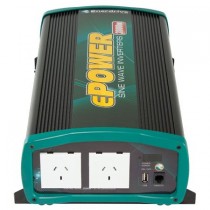 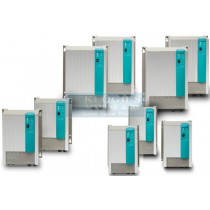 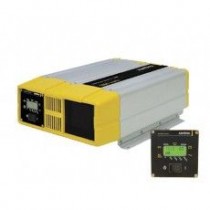 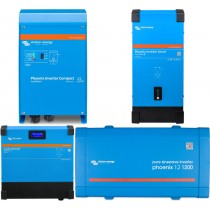 All appliances use power and the power usage of these appliances will determine how the rest of the system will be designed to ensure that enough power is available to run them.

First, calculate your daily (24-hour) average power consumption for all of the electrical loads you place on your system. List all of the appliances and their amp draws. If amps are not listed on the appliance, you can figure amps with the following formula:

An example: A 1500W electric kettle running through an inverter of a 12 Volt battery bank:

As you can see running high wattage AC appliances through an inverter results in very high power consumption. This is not really too much of a problem with fast appliances such as Microwaves, toasters and fast kettles as there run time is generally less than 15 minutes. So actual power consumption for a 5 minute boil time for the kettle in the above scenario would use the following amount of power:

However continuous running for 30 minutes of say a 2000w BBQ would result in a flat battery very quickly, even with a large battery bank.

Next, estimate the normal daily usage for each in hours, so that you have a list of appliances and their daily draw in amp-hours (Ah). Now total them all up. You should have something that looks like the example (This is just an example to demonstrate the point) chart below which would be close to an average 40ft powerboat with 4 people on board not trying to be energy conscious.

For a 40ft Power Boat with 4 People on Board

Your enquiry is empty!